Patients may pay as little as $25 for SEGLENTIS*

No patient should have to struggle to pay for their medication; that’s why Kowa Pharmaceuticals America, Inc., is dedicated to supporting patients with the SEGLENTIS Savings Card. 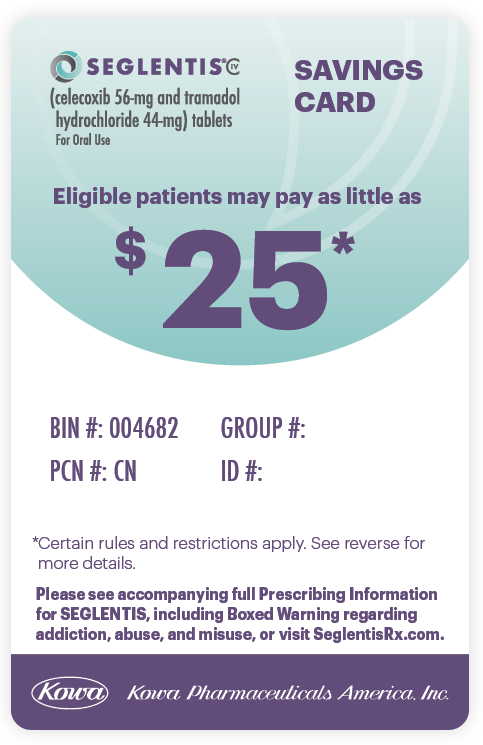 Each card you print must have a unique ID.

Please use the button to print 1 card at a time. 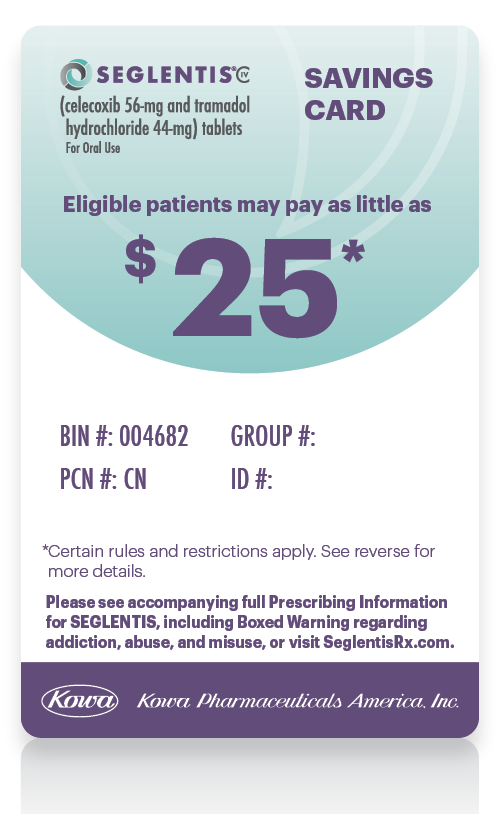